Is identity theft protection worth it? 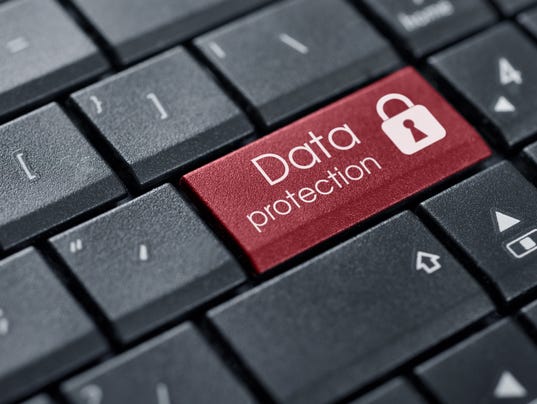 Identity theft is a huge problem. In 2015 alone, more than 13 million Americans became victims of at a cost of $15 billion, according to Javelin Strategy & Research,

But the problems caused by identity theft go far beyond the money directly lost to criminal identity theft.  Identity theft can affect the victim’s ability to get a job, rent an apartment, buy insurance, get a mortgage or get a car loan.

So what can you do to protect yourself?

Many turn to identity theft service providers.  It’s a market worth $3 billion, according to the research firm IBISWorld.  According to the  Government Accountability Office, about 50 to 60 companies provide these services.

Credit monitoring involves regularly checking credit reports for indications of fraud.  Identity monitoring is the tracking of personal data on the customer on illicit websites as well as public records.  Identity restoration services are the assistance provided by the identity theft service companies to their customers to recover from identity theft, and identity theft insurance provides reimbursement for costs related to the process of legally restoring a person’s identity.

Policies and coverage provided by the various companies offering identity theft services, according to the GAO, can vary considerably, with costs ranging from $5 per month to as much as $30 per month.

The most common feature of all identity theft service policies is credit monitoring at one or all of the three major credit bureaus, Equifax, TransUnion and Experian.  It should be noted that credit monitoring does nothing to prevent identity theft.  Rather, it makes the victim aware of any such problem. This is of some benefit, because the sooner a problem is found, the easier it is to correct.

On the other hand, finding out you’ve been a victim of identity theft after it’s happened can be like getting hit by a bus and then having someone inform you as you’re lying in the street that you’ve been hit by a bus.  It would have been far better if the bus could have prevented from running you down in the first place.

This is where a credit freeze comes in.

While identity theft service companies don’t offer credit freezes, you can do this yourself at little or no cost depending upon the law in the state where you live.  A credit freeze, or security freeze as it is sometimes called, prevents your credit report or credit score from being assessed unless you unlock or “thaw” the freeze through the use of a PIN selected by you.  It prevents someone from obtaining new credit or opening new accounts in your name even if they have your Social Security number or other personal information.  For more information about credit freezes, see my column, “Why you should have a credit freeze.”

It is helpful, though, to  get a free annual credit report from each of the three major credit reporting agencies.  A good way to do this is to go to www.AnnualCreditReport.com and stagger the times when you request your report. By getting a report from each agency in turn every four months., you can stay on top of your reports fairly regularly. While this is not nearly as timely as the daily credit monitoring provided by the identity theft service providers, it is a simple method and free as well, which is sufficient for many people.

Restoration services provided by identity theft service providers vary greatly. Some offer little more than what the GAO characterized as a “customized information kit” to guide the victim.  Other companies, however, will offer substantial assistance in getting your identity back.

As for the million-dollar identity-theft insurance policies often advertised, the fact is they generally only reimburse you for limited expenses. These typically only include, the GAO noted, “covered postage and notary fees; the cost of obtaining credit reports or implementing credit freezes; costs related to replacing documents such as driver’s licenses and passports,” with significant limits on reimbursement for direct financial losses.

You may wish to see if you can get identity theft coverage through your homeowner’s insurance policy.  If you do decide that the benefits and convenience are worth it to you, you should compare different policies to see precisely what services are being offered and at what cost.

Steve Weisman, an expert in preventing cyber scams and identity theft, is a lawyer and professor at Bentley University. He writes the blog scamicide.com, where he provides daily updated information about the latest scams. His new book is Identity Theft Alert.